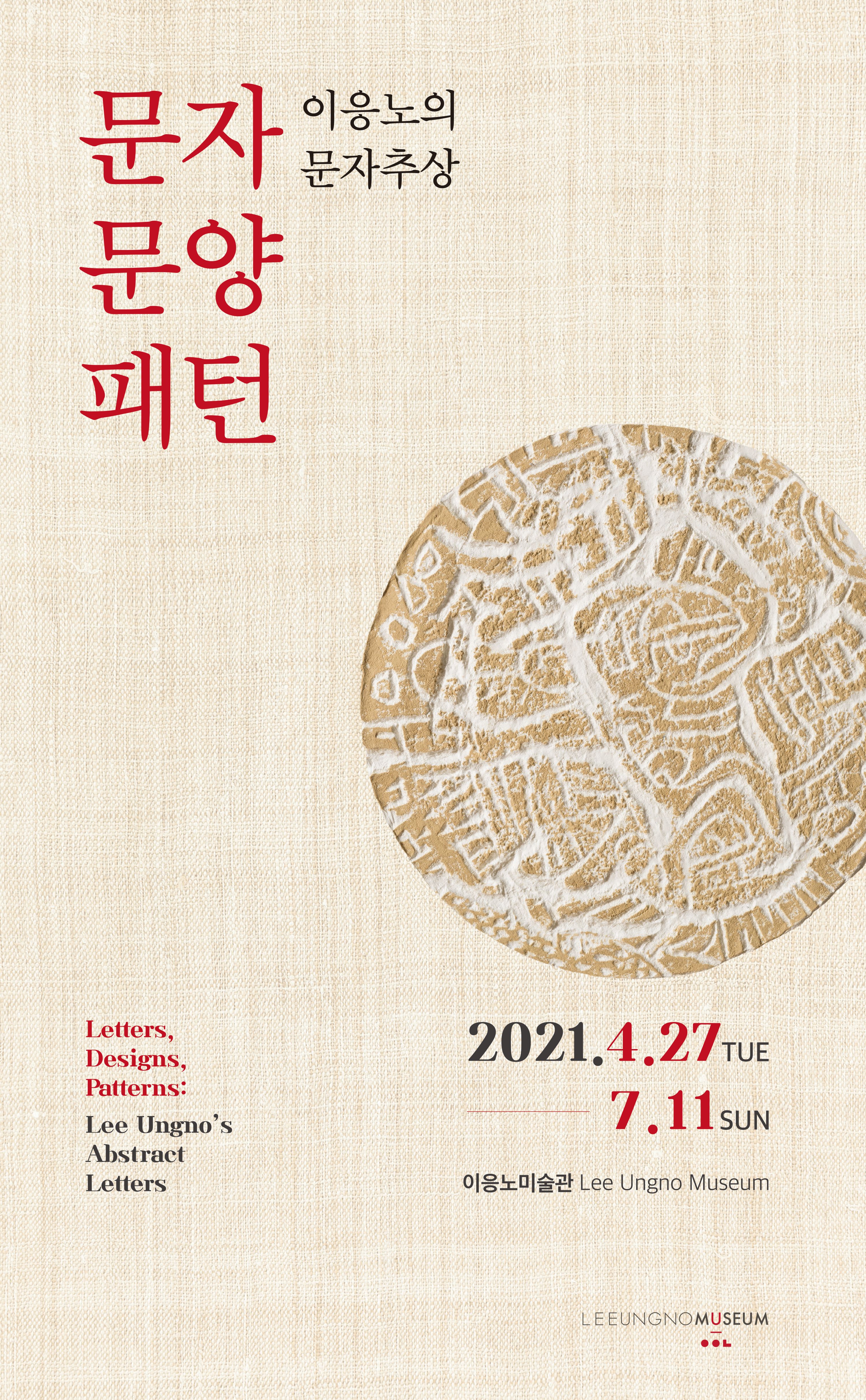 The exhibition draws particular attention to the evolution of Lee Ungno’s unique style of “Abstract Letters” that budded in paintings in the early 1960s and spilled over to other media, including sculpture, print, and tapestry in the 1970s and 1980s. Arriving in West Germany in 1959, Lee Ungno encountered the latest contemporary art of that time at Kassel Documenta, Germany. He recalled the experience and described it as “the revolution of tools.” Artistic experiments in the West on various materials and substances inspired Lee Ungno to also experiment with letterform abstraction, using Chinese characters as its subject. During his early years in Paris, creating abstract paintings using Egyptian pictographic characters or Hebrew letters as visual symbols was vogue in the European art scene. Some artists executed modern abstract paintings inspired by calligraphy – its freewheeling brushwork, the impact of black ink, and the ambiguous distinction of penmanship between writing and painting. The culture of the East garnered particular attention from western modern artists seeking new art. On the other hand, based on the understanding that Chinese characters are an abstraction of the forms of nature, Lee viewed Chinese characters themselves as an oriental abstraction. Such a unique artistic identity set him apart from western artists. In other words, at the point where writing becomes painting, it is there where Lee’s abstract letters exist.

In the early 1960s, Lee’s abstract letters were lyrical, as fluid brushstrokes glided over a variety of matière effect. As it progressed into the 1970s, the abstract letters began to take on an architectural form that values the dimensional structure of letters. By the 1980s, the free-spirited strokes of letters started to resemble the brushwork found in Lee’s People series. As the style evolved, the materials used changed as well. Abstract letters were mainly explored around paintings, but they also flourished in various formats, including sculptures and prints. Lee’s abstract letters, garnering attention as a decorative pattern, were used as patterns for furniture, ceramics, and tapestry. Lee’s abstract letters borrowed a style from the West. However, his prints, which adopted the seal engraving method, clearly show that he proactively explored traditional Eastern methodologies. This exhibition shed light on the multi-faceted aspects of abstract letters: the art of both the East and the West, traditional art and modern art, and fine art and decorative art.