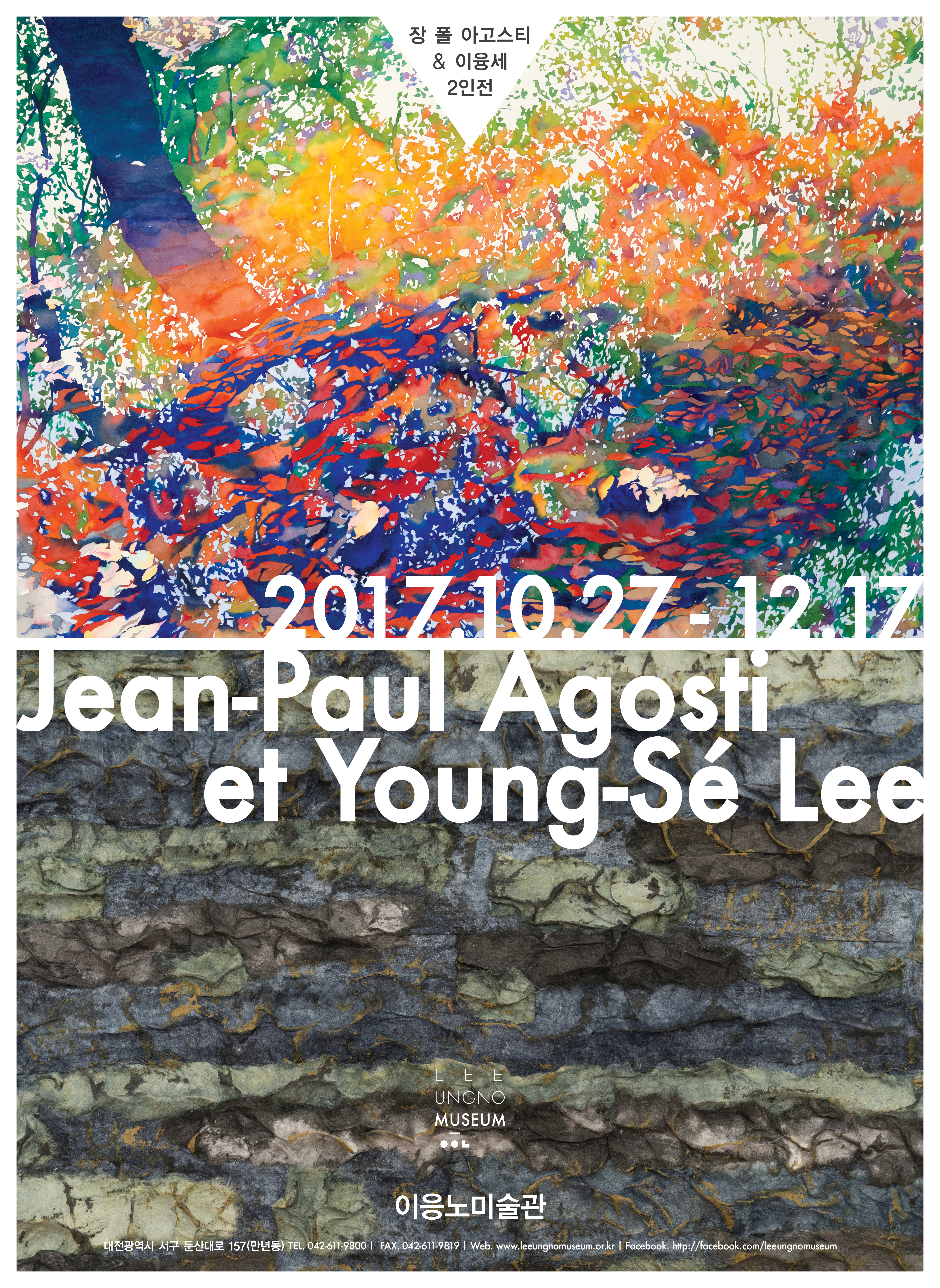 The Lee Ungno Museum will be featuring an exhibition highlighting the works of Jean-Paul Agosti (1948~), the son of Paul Facchetti (1912~2010), who was a supporter of Lee Ungno’s artwork and artistic philosophy, and Young-Sé Lee (1956~), the son of Lee Ungno, who is currently continuing his father’s legacy. Jean-Paul Agosti and Young-Sé Lee are both actively engaged in creative endeavors in Paris. The aim of this exhibition is to introduce the works of Agosti and Lee, both of whom use nature motifs.

The works of Jean-Paul Agosti and Young-Sé Lee primarily feature nature as their core subject matter. The use of nature as the subject of artworks has long been a tradition in both the West and East. Nevertheless, the development of such artworks has followed drastically different paths. One example is the Western artistic movement of impressionism, which breaks away from figurative art (which seeks to accurately depict the subject’s appearance) by seeking to depict nature in an abstract manner. Agosti’s depiction of light shining on the subject’s surface using brushstrokes of primary colors is itself considered to be an independent/self-driven sculptural element, and his preference for the independence of color and shape is expressed through his decorative composition of flat color-fields, brushstrokes of varying textures, and uniform brushwork style based on the passage technique. Agosti’s paintings of natural subjects have broadened the horizons of Western art through their consistent development of abstract formats based on the independence of color and shape-based canvas composition.

Korean art also has a long history of accurate and realistic depictions of nature, mainly in the form of landscape paintings. The exploration of abstract art forms in Korea began in earnest in the 1970s through monochrome painting. Characterized by its restrained use of color and repetitive formats resembling calligraphy, monochrome painting established itself as a uniquely Korean art form by applying the philosophical element of “nothingness”—a feature commonly found in traditional Eastern art. The works of monochrome artists created in the latter half of the 20th century are characterized by the artists’ efforts to preserve the beauty of their natural subject matter. These paintings are similar to the collages of Young-Sé Lee in that they feature a deep reverence for nature, harmonious depictions, and a non-material psyche lying within the subject matter. However, while most monochrome paintings of the past share a transcendental aesthetic (merging of nature with the body or other physical objects, Zen enlightenment, etc.), Lee’s paintings focus on recreating external and internal elements. For this reason, we can understand Lee’s aesthetic and formative language through comparisons with monochrome painting.

Throughout the history of Eastern and Western painting, the nature motif developed in very different ways. Today, however, the boundaries have become blurred, with many techniques shared by both cultural spheres. Agosti and Lee’s works also share a sculptural language and philosophy that cannot be classified as purely Eastern or Western. Through exchanges with both the Eastern and Western worlds, Lee Ungno gained a profound understanding of Korean traditions as well as Western artistic techniques, combining them to create a major genre of contemporary art. This exhibition not only investigates the works of these two artists, who created new sculptural languages on the foundation built by Lee Ungno, but also confirms the artistic passion of the artists and enables visitors to understand their artworks from a broader perspective.